Why To Choose Footy18 For A Team Event At FootGolf? 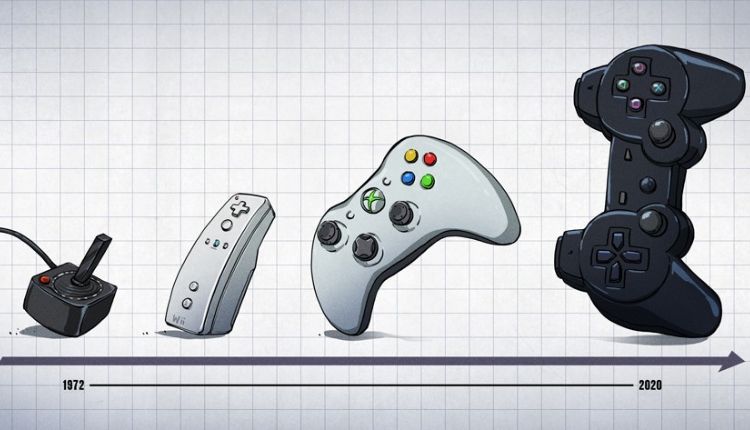 Video game systems have seen substantial changes since they were first made accessible to the general public. Early systems were fairly simple, with activities made to occupy and entertain young children. Modern video game consoles are designed for individuals of all ages and are more than just amusement machines. They can keep someone busy for hours while instructing, entertaining, and amusing them. Gaming consoles have changed over time from being a simple toy to a technology found in almost every American home.

One of the first video game systems to enter the market was the Atari. The system was simple. The controller for the games was a joystick, and the graphics and audio were simple. There weren’t many games for the system either. The Atari was primarily designed for children and teenagers; adults didn’t frequently use it to play games.

Later, Nintendo and PlayStation entered the video game market with the introduction of their initial systems. Nintendo quickly became a household name thanks to its game system, which beat the Atari with better visuals, more game possibilities, and additional gaming equipment to make the games more exciting and appealing to teens and adults. PlayStation did the same. With this, the foundation for contemporary video gaming systems was laid.

The Nintendo Wii brought about a revolution in the video gaming market. The video game on this gaming device is quite complex and engaging. No longer is it necessary to slump in front of the screen to play a video game. The Wii system requires active participation from the user. Adults who exercise frequently are fond of the Wii Fit system. The following list outlines the eight primary categories into which Video Games can be generally divided:

They may be very violent because of how swiftly they move. Young players shouldn’t normally play action video games. These video games fall under the “M” category (mature-rated).

These are often less graphic than action games but have the ability to transport the player into surrealism and imagination. Even though violence is regularly present in role-playing and adventure games, it is rarely as extreme as it is in action games. Billy Hatcher, Final Fantasy, Legend of Mana, and Borderlands 2 are some examples of this genre.

As the name would suggest, the game includes utilizing pistols or rifles to kill the enemy, and the player sees the action through the eyes of the character he is portraying. The violence in these games makes them inappropriate for young children. Examples of these games include Half-Life, Half-Life 2, Call of Duty: Modern Warfare, and others.

As the name suggests, in games of this genre, players must construct, manage, and direct imaginary communities and endeavours while utilising extremely constrained resources. Examples of games in this genre include SimCity and Harvest Moon.

Since the games are slower and the emphasis is on strategy rather than violence, the player has more time to strategize, manage resources, and make success plans. Violence is not fully absent because the majority are constructed around conflict. Children should not play these games. Examples include Crusader Kings II, Civilization V, and Advanced Wars I and II.

These are video or computer games that mimic real-world situations by using gaming environments. Racing Simulators, Flight Simulators, and Sims are the three most well-known games in this category. In this session, kids can play a number of games. Examples of simulation games include alternative to eBay.

The platform game, also referred to as a platformer, requires players to hop between dangling platforms of various heights or obstacles, and occasionally both, in order to proceed. Platformers include, among others, 40 Winks, Abuse, Action 52, and Adventure Island.

Video games are today adored by a wide cross-section of our society, ranging in age from toddlers to grandparents, because they need the viewer’s involvement and communication. Everyone agrees that they are excellent means of entertainment and prefer them over watching television.

There is a general understanding that playing video games does not benefit the player in any manner, and this is particularly true for young children.

Video gaming systems are now found in almost all American homes thanks to their popularity. In tournaments for money, people can compete against other video gamers. Video games are played today by people of all ages. Systems are employed for a range of objectives, including competitive play, leisure, physical training, and more. Nobody could have foreseen the first video gaming system’s enormous influence on society at the time it was developed.

Related Topics:Video Game
Up Next