If You Thought You Missed The Internet Profit Revolution, Try Cryptocurrency

Know All About Free Forex Demo Account For Beginners 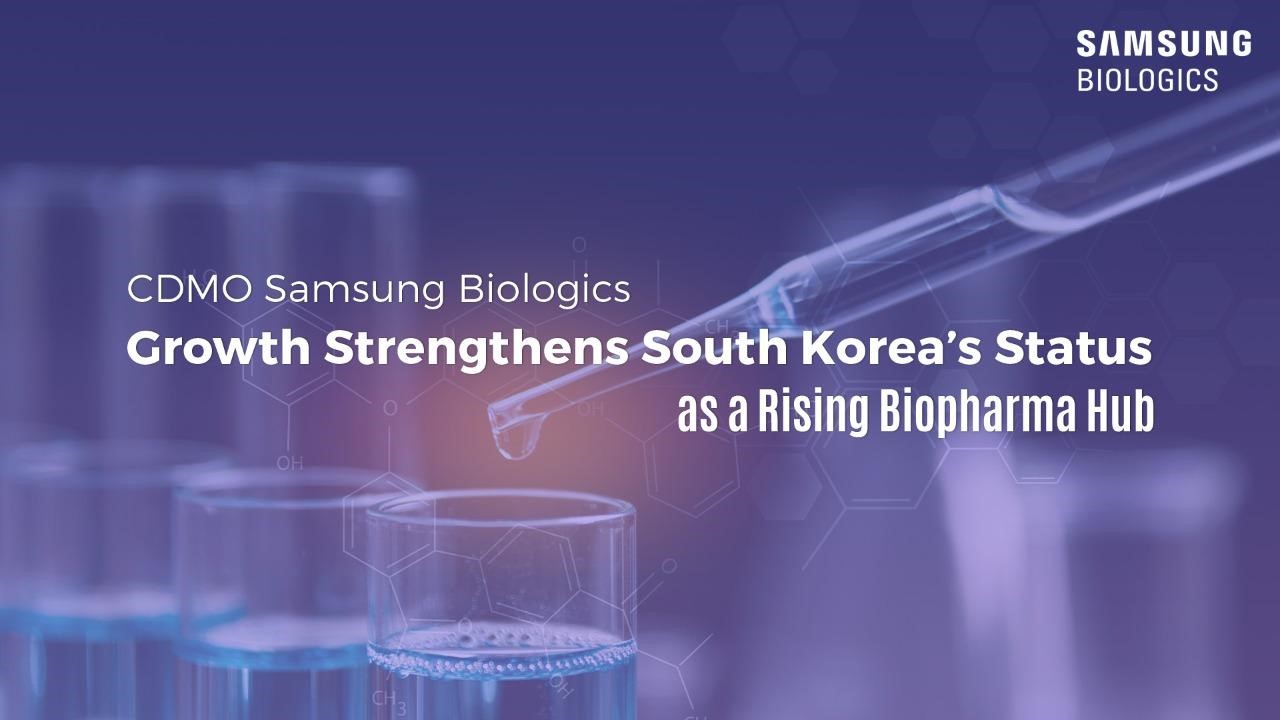 South Korea is quickly becoming a global hub for the biopharmaceutical industry. From 2015 to 2020, the biopharma market in South Korea experienced an average annual growth rate of 12%, including 27% in 2020, when its medical exports rose to $10.8 billion, up from $7.2 billion in 2017. The growth comes as South Korean companies have played a key role in the biopharma industry’s response to the COVID-19 pandemic, and the South Korean government has focused on supporting biopharma with strategic initiatives and policies. Contract development and manufacturing organization (CDMO) Samsung Biologics is leading the way in this push for growth and innovation, constructing new facilities at its Songdo headquarters and continuing to expand its portfolio as a global leader in the industry.

As this support continued to generate steady growth, South Korea’s Ministry of Health and Welfare announced a strategic biotechnology initiative in 2019, which aims to triple South Korea’s global market share in biotech, hit $50 billion in biotech exports, and create 300,000 jobs.

As several companies met these challenges, the number of biopharma companies in the country reaching $1 billion in sales doubled from six in 2019 to 12 in 2020, according to the Biotechnology Innovation Organization.

Even within the rapidly growing South Korean biotechnology sector, Samsung Biologics’ growth stands out. The company was established in 2011 and has quickly become one of the world’s largest CDMOs.

“The government was very supportive in terms of the Incheon Free Economic Zone (IFEZ) and enabled us to really start the business here [in Songdo],” said Samsung Biologics CEO John Rim in a recent interview with The Korea Society. “And over the last several years we’ve grown to be the No.1 CDMO company, in terms of capacity, in the world.”

A critical factor in Samsung Biologics’ growth has been the company’s ability to build robust, secure facilities at a rapid pace in Songdo, with three plants already constructed and a fourth “Super Plant” scheduled for completion in 2023. The pace of Samsung Biologics’ expansion reflects both the CDMO’s commitment to scaling its operations to meet patient demand and the Korean government’s commitment to facilitating the development of the biopharma industry through initiatives such as IFEZ. These commitments have resulted in the creation of an industry-leading biopharma company in the Incheon region in just 10 years.

“There is no other company in the globe, not just CDMO, but biopharma company, that’s been able to basically construct, operate, and have GMP [good manufacturing practices] ready, four plants in 10 years. We can do that, and we have done that,” said Rim. “We’ve been able to build facilities very rapidly, so we have the speed, flexibility, and quality that is really our critical competitive advantage.”

Rim went on to explain that expanding Samsung Biologics’ facilities has helped draw other businesses to the region.

“A lot of our suppliers, just because we now have critical mass, have built warehousing and operations here as well,” he said.

Samsung Biologics’ competitive advantage has led to substantial profit growth, with the CDMO reporting a revenue increase of 35% in 2021. Samsung Biologics’ role as a CDMO partner for the production of Moderna’s mRNA COVID-19 vaccine played a significant role in increasing revenues. mRNA vaccine production will be an area of focus as Samsung Biologics moves forward. The company also has plans to expand its capabilities in the development of biosimilars with its complete acquisition of Bioepis, which it started as a joint venture with Biogen in 2012.

While it continues to experience revenue growth, Samsung Biologics is investing back into the expansion and job creation that have made South Korea a fast-growing hub for the biopharma industry. In addition to revenue increases, Samsung Biologics increased its employment rate by 37% in 2021, and it has demonstrated an annual employment increase rate of 43% since 2011.

As Rim sees it, the goal is “not only to foster the industry, but also employment. If you look at our company, we’ve gone from less than 100 people to almost 4,000 people. If you include Bioepis, that’s another 1,000. And we anticipate to grow to 10,000 within several years.”

The Future of Biopharma in South Korea

The performance of companies like Samsung Biologics during the COVID-19 pandemic has led to global recognition of South Korea’s potential for biotechnology development. In February 2022, the World Health Organization (WHO) designated South Korea as a Global Biomanufacturing Workforce Training Hub. The WHO aims to leverage South Korea’s biopharma infrastructure to instruct trainees in vaccine and biologics development, with the goal of addressing vaccine inequity issues and enhancing future pandemic preparedness.

And the South Korean government continues to support the development of its biopharma industry. In 2021, it announced the K-Bio Lab Hub project, which aims to utilize established biotechnology infrastructure such as Samsung Biologics’ facilities in Songdo to incubate smaller biopharma startups and pursue the development of innovative and novel biologics.